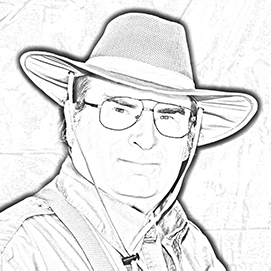 I am Robert Lawson Brown, Ph.D. Physics. I have a presence on Google+, Twitter, and Facebook. However, do not expect frequent postings from me!

I have actively worked in the academic and industrial realms for more than half of a century. I have worked on atomic physics, condensed matter at low temperatures, semiconductors, processing technology, failure analysis, scientific visualization, computer programming, and web stuff.

I also dabble in videography and photography. I am known as Scire Gaea in Second Life.